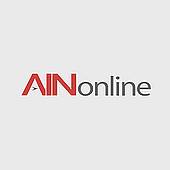 Bizav Flights Soar to New Heights in Europe in July

Business aviation departures in Europe marked their busiest month ever in July, reaching 94,002, according to WingX’s most recent Business Aviation Monitor. Total activity in Europe last month increased 4 percent year over year and is up cumulatively for the year by 3 percent.

Activity increased 11 percent year over year in Greece, which came in as the seventh busiest European country for the month. The UK and Germany each experienced notable growth, up 7 percent year over year. And Russia, which hosted the Football World Cub, experienced a 26 percent bounce. Flights from the UK to Russia surged by more than 130 percent.

France remained the busiest country for business aviation flights despite a 1 percent slide in demand. WingX pointed to a dip in large-jet flights for the softened numbers in France. Italy and Spain experienced a similar trend. But at the same time, large-jet activity increased nearly 10 percent in Switzerland and Greece and 36 percent in Russia. Small and midsize activity in Italy, meanwhile, climbed 9 percent in the month.