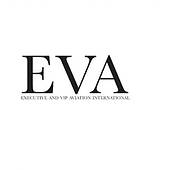 WINGX joint managing director Richard Koe and Avinode Managing Director Oliver King reflect on Brexit and business
The shock horror leave vote returned by a majority of the British public in June this year, and the ‘coronation’ of Theresa May as Prime Minister, made Brexit not just a threat but a certainty. Like death and taxes, it will happen, since the new Prime Minister has made a mantra out of “Brexit means Brexit”.
Of course, right now no-one has much of a clue what that will mean, either for industry or for business aviation in particular. Without any real guidance on how legislation and the regulatory environment might change, it appears that the world in general, including charter operators, charter customers, business jet operators and corporate flight departments have all decided to carry on pretty much as if nothing had changed…
Richard Koe, Joint Managing Director,WINGX Advance